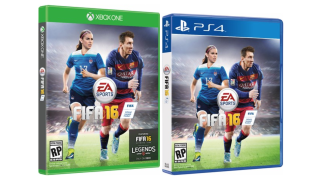 For the first time in the franchise's history, EA Sports' FIFA 16 will see women players featured on the cover of the game in the US, Canada and Australia.

EA Games announced earlier this year, just ahead of the Women's World Cup held in Canada in June, that FIFA 16 would allow gamers to play as one of the top twelve Women's National Teams, including Australia, England, and the US teams.

"It is such an honor for women's players and our team to be included in FIFA 16," Alex Morgan of the US Team had said at the time.

Of course, this announcement was made before US women's team won the World Cup against Japan.

Right on the box

While each of FIFA 16 covers will have Barcelona's Lionel Messi featured, the US cover will also have Morgan of the US National Team next to him, Canada will see its team's captain Christine Sinclair and Australia's cover will have its team's Stephanie Catley.

The covers in France, Latin America, Mexico, Ireland and the UK will feature Messi with another male player, while the global cover will showcase just Messi alone.

Still, it is exciting to see a shift with the popular sports title, with at least some region showcasing a strong female presence, right on the box.