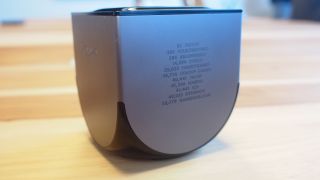 Ouya is searching for the right formula

The company behind the Android-based Ouya games console is testing out a new all-you-can-eat subscription model.

A leaked internal email obtained by the Gamasutra site, revealed the firm is offering a "very limited" pilot scheme, allowing gamers to snap-up a 12-month subscription with access to all games in the library.

The $59.99 "All Access Pass" promises a $2,000 value and brings full access to over 800 Android games, although some in-app purchases will be extra.

Passes can be purchased from the Ouya website now, although the firm is telling developers the tariff won't be permanent

"To reiterate, this is just a test that will help us understand our gamers better and provide valuable insight on whether some sort of an Ouya subscription, in this form or another, makes sense in the future," the company wrote an email to the developer community.

The subscription package will not negatively impact developers fee who will still get their 70 per cent purchase fee, every time a game is downloaded.

The Kickstarter-funded microconsole garnered a great deal of hype in the run up to launch, but has since struggled to capture the capture the imagine of gamers.

With a host of competitors like the Mad Catz Android console, Sony PlayStation TV, Amazon Fire TV and the new Google-built Android TV platform it's not going to get any easier for Ouya.