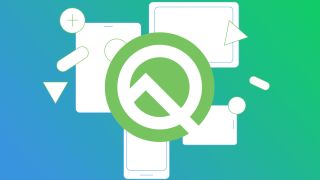 Google's next version of its mobile software is now available to a whole host of smartphones in beta form.

In fact, 21 phones are now eligible for the Android Q beta install, but be warned, as this is a 'beta' version of the software it's likely to include bugs, missing features and it could potentially negatively impact the performance and battery life of your handset.

So you'll want to really consider whether or not you want to take the leap, or wait for Android Q's official launch later this year, when Google will release the final, stable build of the software.

If you do want to jump in right now and check out some of the new features the Android Q beta has to offer - or perhaps you're a developer looking to get their apps ready for the next iteration - you'll need a compatible phone.

The good news is the Android Q beta supports the widest number of devices ever for an Android beta release, so it's now easier than ever to get to grips with the work-in-progress software.

The Android Q beta has been available to download on the following smartphones since March 13, 2019.

The Android Q beta has been available to download on the following smartphones since May 7, 2019.