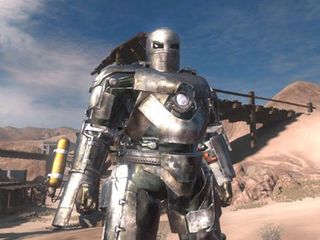 Rubbish tie-in games churned out to coincide with the latest blockbuster movie fill the shelves of our local gaming emporiums, but their days may soon be over as Ulf Andersson, co-founder of games developer GRIN, revealed recently.

Andersson spoke to GamesIndustry.biz about the upcoming Terminator: Salvation game and his comments unveiled something of a sea change in the way both the game and movie industries are approaching tie-ins.

"They had to change their culture to be able to produce games," he explained.

"Movie productions are pretty secretive about their stuff, so depending on how the production looks that can of course impact on development a lot."

He continued: "I think the movie business is taking games more seriously.

"I know that there are movies planned where the game is planned into it - the audiences are starting to join together. Those going to see the movie and those buying the game have begun to meld together."

Does this mean that we won't see the likes of another Iron Man game, which averages a 40 per cent mark on Metacritic, again?

Probably not, but it does show that more thought is being put into how games of movies are made – which is just as well because recent reports show that the game market is more lucrative than the movie market, a trend set to continue in 2009.