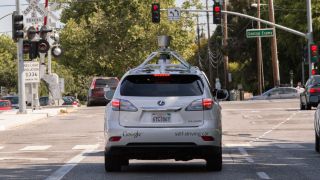 Google has a self-driving white Lexus SUV driving around in Austin, Texas, marking the first time the tech-giant is testing its autonomous cars outside of California.

The roads of Mountain View have been subject to Google's koala-looking car models for the last couple of weeks, though the company has tested its fleet of self-driving cars on test tracks for much longer.

Now, Google will test its self-driving Lexus SUV in a new environment, with different roads and traffic conditions.

Google has said that the SUV in Austin will have safety drivers aboard, while the car itself will only drive a few square miles in the north and northeast areas of the city's downtown.

"It's important for us to get experience testing our software in different driving environments, traffic patterns and road conditions - so we're ready to take on Austin's pedicabs, pickup trucks, and everything in between," Google wrote in a Google+ post.

"Keep it weird for us, Austin, and visit our website to let us know how we're driving."