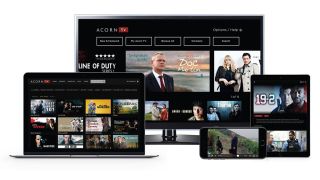 UPDATE: A correction has been made regarding shows that are currently available on the service. The article has been updated to reflect these changes.

Got space in your viewing schedule for yet another streaming service? Well, you're in luck, because the AMC-owned streaming service Acorn TV, which specialises in British and English-language drama, has just launched in Australia and New Zealand.

Its arrival is part of a massive rollout across the world that sees the service add 30 new territories to its global reach, including India, South Africa, France, Spain, Germany, Belgium, the Netherlands, Denmark, Finland, Iceland, Norway and Sweden, along with numerous countries in South America and the Caribbean.

Acorn TV marks the third subscription-based streaming service to launch in Australia in less than a month, following Kayo Sports and 10 All Access.

How British is it?

According to the service's website, Acorn TV contains "thousands of hours of programming, including dozens of exclusive shows and the latest seasons of your favorite series," and you can stream it all on "Roku, Apple TV, Samsung Smart TV, iPhone, iPad, web and more".

Acorn TV will start with a smaller group of shows in Australia, which will gradually grow as new shows are added each week. Shows available Down Under include Brit-favourites like Jack Taylor, The Last Enemy and Poldark, and even the Aussie cop drama East West 101.

You can head over to Acorn TV's sign-up page to start a free 1-week trial, after which a subscription will cost you either $4.99 per month or $49.99 for an annual plan.