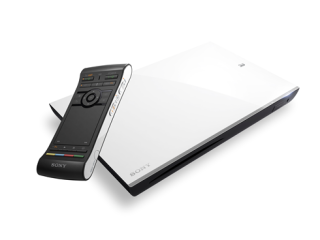 UPDATE: Check out our Hands on: Sony NSZ-GS7 review

Sony has outlined its planned Google TV devices at CES 2012, with a Blu-ray player and network media player coming soon.

Despite rivals integrating the Google TV UI into their sets, Sony has not announced an integrated TV at CES but stuck to set top boxes.

"By leveraging our Sony Internet TV know-how, we will offer new products with enhanced user experiences to more customers.

"Furthermore, we will create new value in home entertainment by strengthening the compatibility of Bravia TV as well as mobile devices."

"Consumers have reacted very positively to the Google TV software update of last October, and we are looking forward to bringing new devices of different form factors to consumers in multiple countries in 2012."

So what do the latest Sony Google TV offerings bring? Well, both have QWERTY remotes, which is sensible given the importance of search, and both Media Remote and TrackID.

Also on the remote are a touch pad for easy operation and a three-axis motion for gaming.