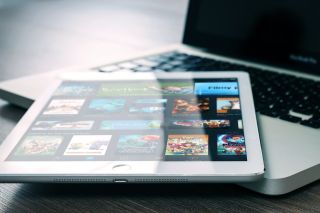 After a slight improvement in the previous quarter, the tablet market saw a 0.6% decline in Q4 2019, according to the latest figures from IDC.

Apple topped the chart by selling close to 16 million tablets in Q4, 2019 and was able to ship close to 37% of the total devices sold in the quarter. Samsung with 7 million shipments held just over 16% share while Huawei sold 4 million devices accounting for just over 9% market share.

The fact that Apple was able to gain over 15% of total shipments year-on-year highlights its dominance in the segment. Apart from Apple, only Amazon recorded a positive growth and gained close to 10% market share in 2019.

Though Samsung lost over 7% of its market share last share, its detachable devices portfolio did see positive growth, with the detachable Tab S series accounted for the bulk of its sales.

Huawei, with a slight decline of 3.5% in market share, is still going steady despite the strong pushback from America. Strong sales back home in China has helped the company retain its ground, with the MatePad Pro and Media Pad M drove the numbers for Huawei.

As a whole, the tablet PC market shrunk by 1.5% last year with 144.1 million total shipments. With only a handful of OEMs still making these large screen devices, Apple’s strong focus on making these portable devices more powerful seems to be paying rich dividends to the company.