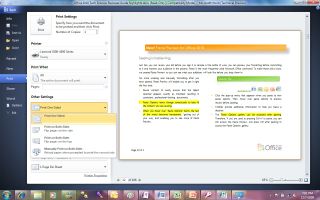 The UK prices for Microsoft Office 2010 have finally been released, with a boxed version of the Home and Student version costing £109.99 and the Professional version priced at £429.99.

With the June 2010 arrival of Office drawing ever closer, the UK pricing announcement has now told us what we'll be forking out for Microsoft's ubiquitous applications, and that - like the US - we won't be handed an upgrade option.

So why the huge disparity between the Home and Student and Home and Business? Microsoft told us: "Office Home & Business 2010 includes the addition of Outlook and is licenced for commercial use are which are not available in Home & Student.

There are cheaper Product Key Card pricings as well, which are available to people who buy new computers.

"As announced back in October, the release of Office 2010 will see the introduction of Product Key Cards, which will be available to consumers who purchase a new PC from Microsoft's retail partners," explains Microsoft.

"With most consumers and small businesses typically purchasing Office with a new PC, the majority of users will immediately benefit from the greater value and simplified setup experience offered by Product Key Cards.

"The key number contained on the card will unlock Office 2010 software that has been pre-loaded by the PC manufacturers onto the new PC, and will enable a simpler and faster path for consumers to begin using any one of three full versions of Microsoft Office."

Microsoft will not be offering upgrades as with previous versions of Office.