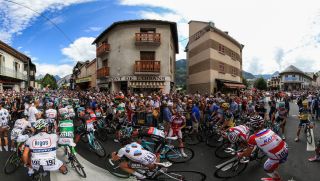 The Oculus Rift was front and centre at the recent E3 conference, where it announced the Oculus Touch, but it seems the highly anticipated virtual reality headset is keen on letting users look at more than just games.

In conjunction with stock photography giant Getty Images, the pair announced today that a new immersive image gallery would be available on the consumer version of the Oculus Rift, when it launches early next year.

The 360 degree view galleries will contain high quality images of popular events like the Cannes Film Festival and the 2014 FIFA World Cup.

But Getty Images has been making full-circle panoramic images of significant global events since 2012 and it isn't holding out for Oculus to launch.

Instead, Getty Images also announced that you can look at the red carpet of the Oscars or the most recent Olympic Games from today using the Gear VR Innovator Edition with the Samsung Galaxy Note 4 or Galaxy S6 smartphone.

The high res images can be zoomed in on and additional time lapse sequences will give an insight to the progression of each event.