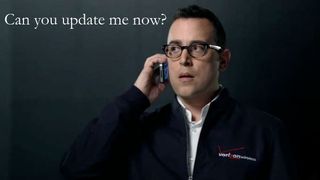 The US carriers teasing you with Android Lollipop

Mention the word "carriers" and you get mixed reactions. Some complain about their service with this company, or how their family plan isn't so family friendly. Companies like T-Mobile have helped to shake things up a little bit, forcing others to change, but for the most part, carriers are involved in a love/hate relationship. From data caps to questionable extra fees, they don't exactly have the public on their side.

Whenever a new smartphone or tablet is released, it generally has at least a couple years to receive updates before the manufacturer calls it quits. Of course, this varies depending on a number of factors, most importantly being where it sits on the product line. If it's a mid-range to high-end device, you're probably good. If it's not, good luck.

Mobile manufacturers have gotten significantly better over the past several years with keeping their devices up to date. Motorola for example wasted no time after the announcement of Android 5.0 Lollipop in October 2014, rolling out the update on November 24 to the Moto X Pure Edition.

Sadly, AT&T customers wouldn't receive the update to Lollipop for another several months. Why can it take several months for one group to receive an update over another? Well, it basically works like this. The device manufacturer releases an update. Said carrier must ensure it works properly on their network, and tests it before rolling out to customers.

The process can be very time consuming, but we can't fault AT&T too much in the case of Lollipop landing on the 2nd gen Moto X. After all, Android 5.0 had some bugs, to say the least, with version 5.1 hopefully resolving those issues.

Here at TechRadar, we got wondering: Out of the big four, which carrier is the best and which is the best and worst at Android updates? We'll look at four different flagship smartphones from four major manufacturers released in 2014. For the sake of transparency, we'll first cover when the manufacturers actually had an update ready.

With the Galaxy S5, an update started rolling out mid-January. The HTC One M8 also received 5.0 Lollipop around the same time while the LG G3 was further behind. As we previously stated, Motorola was on top of its game, slowly rolling out the update to its 2nd gen Moto X in November.

Verizon was the first US carrier in rolling out Android 5.0 to the 2nd gen Moto X, surprising "Pure Edition" owners in the second week of November. The Pure Edition costs $499, and is an unlocked, carrier bloatware-free version. It would take another couple months for all Verizon phones to see the update. On February 2, Big Red would continue being first with the Samsung Galaxy S5, rolling out Lollipop to its variant of the phone. HTC One M8 owners on Verizon wouldn't start seeing Android 5.0 until the first week of March, and at the time of this post, only a select few LG G3 owners have the latest and greatest.

In the case of the LG G3 on Verizon, it's particularly confusing considering the LG G2 received the update to Lollipop at the end of March.

On February 18, T-Mobile's Samsung Galaxy S5 would start receiving Android 5.0, and on February 10, Lollipop would land on the HTC One M8. Similar to the delay on Verizon, Android 5.0 finally began rolling out to the LG G3 on April 7. After 30 minutes of digging, I couldn't find when the 2nd gen Moto X received Lollipop. This lead me to chatting with a live support rep and quickly found out T-Mobile doesn't offer the Moto X. Right, I already knew that.

However, the Moto X "Pure Edition" works on T-Mobile's network, and received Lollipop back in November.

Sprint didn't re-up with the Moto X the second time around, but still offers the original. The Samsung Galaxy S5 would receive Android 5.0 on February 7, and the HTC One M8 would see Lollipop several days later on February 12. The LG G3 would follow soon thereafter with an update on February 16.

Unlike T-Mobile and Sprint, AT&T carries the 2nd gen Moto X, and started updating the smartphone on February 25. However, the Pure Edition didn't have to wait nearly as long and, again, received Lollipop in November. The Samsung Galaxy S5 would finally join the Lollipop party on April 8 after its larger siblings, the Galaxy Note 4 and Galaxy Note 3, had already been updated.

Lollipop started rolling out to the LG G3 on February 10, and the HTC One M8 beat the Galaxy S5 by a day, receiving Android 5.0 on April 7.

Between AT&T, Verizon, Sprint, and T-Mobile, picking the best and worst at Android updates is a bit like picking out the best and worst dressed on the red carpet. It's fairly subjective. Yes, you can choose for yourself who is the worst, but it won't take much digging to find irregularities in other carriers as well.

Verizon lead the way with an Android Lollipop update for Moto X three months and a day sooner than any other carrier, and it beat AT&T by two months with the Galaxy S5. AT&T, meanwhile, one-upped Big Red the HTC by a month and LG G3 by a weekend. Sprint's ace in the whole an early Lollipop update for LG G3.

If we look into the past with carriers updating to KitKat, we get a very similar story. Yet again, Motorola would be the first to push out an update less than a month after the official Android 4.4 KitKat announcement. It would take a little over three months after the announcement of KitKat for the HTC One M7 to receive an update on the big four, followed by the Samsung Galaxy S4, Galaxy Note 3, and LG G2 about a month later.

These were for on-contract devices, and unlocked devices generally get updated quicker. However, at least in the case of the Samsung Galaxy S4 and LG G2, that wasn't the case.

Thanks to today's always connected, real-time world, we expect new things the second they're announced. In a perfect world, that would be the case, but we don't live in such a place. There will always be a waiting game, and for the most part, carriers are doing a better job. If you want to receive Android updates faster, look to Motorola or consider going the unlocked route.

And as much flack as it will probably get me, you could always buy an iPhone 6 or iPhone 6 Plus given Apple's seamless updates across carriers. After all, they're not tiny anymore.