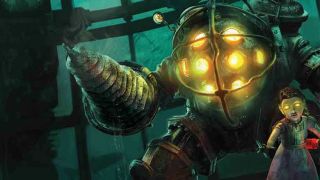 You read that right: there's a new Bioshock game on the way.

Publisher 2K Games took to Twitter to announce a new instalment in the bestselling video game franchise, which has so far spanned two entries in the underwater city of rapture (Bioshock, Bioshock 2) and one in the flying city of Columbia (Bioshock Infinite).

2K President David Ismailer also writes that “BioShock is one of the most beloved, critically praised and highest-rated franchises of the last console generation. We can’t wait to see where its powerful narrative and iconic, first-person shooter gameplay head in the future with our new studio team at Cloud Chamber leading the charge.”

Just speculate for us, already!

There's no doubt this is exciting news. When it comes to such an influential video game franchise, though, there'll be a lot of scrutiny and comparison with previous titles that Cloud Chamber will have to live up to.

We first heard whispers of the Bioshock title in a Kotaku report in May 2018, with the title – codenamed 'Parkside' – being worked on in highly secretive conditions. It seems that secrecy will continue for a while longer, even if we have formal word on the game now.

While we could see a return to Rapture or Columbia, we think it's more likely we see a different setting altogether, possibly one that makes the most of the upgraded power of next-gen consoles, with the title almost certainly launching on PS5 and Xbox Scarlett.

There plenty of reason to be wary, though, with the botched launches of Mass Effect: Andromeda and Fallout 76 showing that even beloved franchises can lose their prestige if one title falls short of expectations, though we're hoping these examples are enough to ensure 2K makes the Bioshock game fans deserve.

Indeed, if we get the kind of gripping single-player story that the franchise is known for, we may be looking at the seeds of one of the most exciting games to land in the next decade.