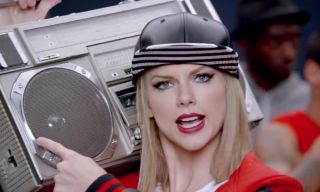 Digital music sales may have surpassed CD sales two years ago, but a new report reveals revenue in the US from streaming edged both digital downloads and compact discs for the first time last year.

Attributing much of the revenue growth to the launch of Apple Music and Tidal, a report from the Recording Industry Association of America (RIAA) says streaming generated $2.4 billion and accounted for 34.3% of all music industry revenue in 2015.

Digital downloads came in at a close second at 34% with just over $2.3 billion in revenue, while physical disc sales accounted for 28.8% of the total US music retail revenue of $7 billion for 2015.

It's important to note that the streaming category includes paid subscription revenue from services like Spotify, Tidal and Apple Music, as well as ad-supported services like YouTube.

The report also revealed streaming helped the music industry see a 0.9% revenue increase from the year prior, despite seeing small declines in digital downloads and physical sales.

The shift towards streaming led RIAA chairman and CEO Cary Sherman to proclaim: "The music industry is now a digital business, deriving more than 70% of its revenues from a wide array of digital platforms and formats."

However, it's not all rosy in the music biz.

Sherman and the report criticized ad-supported streaming services for pushing out music without generating as much revenue as other categories, especially compared to 2014.

The RIAA said that while ad-supported streaming accounted for about $385 million revenue, 17 million sales from "legacy format" vinyl still managed to generate higher revenue at $416 million.

"In 2015, fans listened to hundreds of billions of audio and video music streams through on-demand ad-supported digital services like YouTube, but revenues from such services have been meager  -  far less than other kinds of music services," Sherman said.

Of course, while Sherman pointed out YouTube specifically as an example of an ad-supported revenue "value grabber," Google launched the subscription-based service YouTube Red last October, so maybe the RIAA's ire will lessen by the time it publishes its next yearly report.