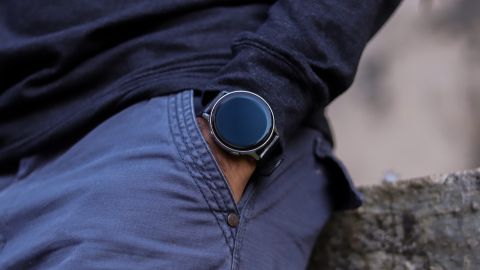 Samsung took everything great about the Galaxy Watch, such as the reliable performance, a beautiful display, multiple-day battery life, and brought it to a form factor that is suitable for everyone.

A shift that became increasingly evident as 2019 passed was that Samsung was willing to pick the smartwatch baton, which Google casually abandoned before ever being able to reach the finish line. With each iteration, the Galaxy Watch series got better and inched closer to the Apple Watch. A culmination of all the effort and feedback is the Samsung Galaxy Watch Active2, the most easy-to-recommend high-end smartwatch for Android users.

The 4G variant of the Galaxy Watch Active2 landed in India late last year, building upon the refined yet extremely minimal Watch Active from earlier in the year. We’ll forgive you if you mix this with the Samsung Galaxy Watch (and its corresponding 4G variant), which came to India just a few months earlier with a bold, rugged design, a rotating bezel, and legendary 4-day battery life.

The Samsung Galaxy Watch Active2 4G brings the same internals. It features a more classy and minimal body while adding the rotating bezel with software witchcraft for a very intuitive user experience. The feature set and abilities remain untouched, so if you’ve used any recent Tizen-based smartwatch from Samsung, you’ll feel right at home with the Watch Active2.

The Samsung Galaxy Watch Active2 4G came to India in December of 2019. It sports a 44mm dial with three steel finishes to choose from — Gold, Black & Silver. It is priced at Rs 35,990 and can be purchased from Samsung e-shop, Croma, and other retailers. The non-cellular variant of the watch can be purchased at a starting price of Rs 26,990.

Our review unit is the Silver stainless steel variant with a black leather band and was used with a Reliance Jio eSIM.

One of the key differences between the Samsung Galaxy Watch Active2 and the Galaxy Watch is the design. It doesn't have the rugged rotating dial. Instead, it has a very sleek stainless steel casing and a slightly curved display that blends in. It's a very minimal design, which doesn't look like a toy like the Watch Active, neither does it look like an outdoorsy timepiece like its non-Active sibling that will seem out of place on formal attire.

The Galaxy Watch Active2 adopts a very safe design language, which is better suited with more attires and can be sported by women as well with relative ease. However, India only gets the bigger 44mm case, which is admittedly a little too big, even for my wrists. The included band was also too long for us, and we resorted to a third-party band for the testing period (as seen in all the product shots in this review). Luckily, it's a standard-sized 20mm band, and finding a replacement will not be too difficult.

If you prefer your smartwatches to look like a fancy watch and not a computer strapped to your wrist, the Galaxy Watch Active2 definitely deserves your consideration. The buttons on the right side are very meaty and can be easily located. The loudspeaker is on the left, and the mic is on the top. It is also IP68 water-resistant.

Overall, we do like the changes made by Samsung on the Watch Active2 to make a smartwatch that will go well with many more outfits than anything else it currently offers. Simply put, if you were looking to get a Samsung Galaxy Watch but weren't particularly impressed by its sporty looks, this is the one to get. It is funny how the "Active" variant looks more formal, and the regular one looks more sporty.

For smartwatch displays, the sunlight legibility and color vibrancy are much more important than something like sharpness or color accuracy. Thankfully, the Samsung Galaxy Watch Active2 4G delivers on those fronts.

It has a 1.4-inch AMOLED display with a respectable 360 x 360 resolution, surrounded by a curved bezel that blends in with the black interface of the watch and disappears. Samsung’s pedigree in displays once again shines, with a very bright and crisp display that never felt inadequate. There’s also an ambient brightness sensor that auto-adjusts the panel’s brightness and worked reasonably well.

The best part of the Samsung Galaxy Watch Active2 is the digital rotating bezel that surrounds the display; and also somewhat explains its thickness. Just like the Galaxy Watch, gliding your finger against the edge of the screen takes you through the interface in a very convenient way and soon becomes second nature. It’s elevated with accurate haptic feedback at each increment. Not going to lie, it was addictive to use it as a fidget spinner at times.

Over fun, it’s also a very sensible addition because smartwatch displays are tiny, and covering a fair portion of it with your finger can be a hassle. Owing to its round shape, it can be easily used on both the axes to scroll between screens as well as on specific pages, something that the Apple Watch’s digital crown can not.

Inconsistent performance has been one of the weakest points of Wear OS watches. Samsung’s decision to move to Tizen OS and in-house chipsets has been a brilliant one. The dual-core Exynos 9110 chipset with 1.5GB of RAM combine beautifully with the operating system for an experience that does not slow down and is second only to the Apple Watch in terms of fluidity.

All functions and features are very responsive as they are specifically optimized for this hardware-software combo. It’s one of the most reliable smartwatches for Android users in this regard.