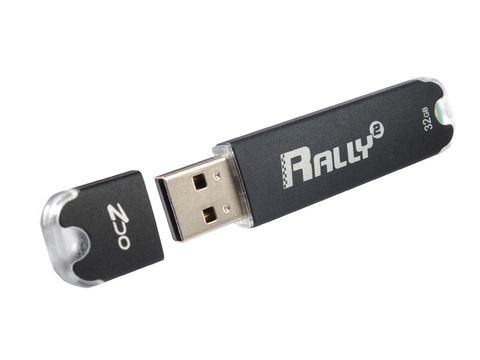 Well-made, fast and extremely portable, this device is an all-round winner

OCZ's Rally 2 sticks have impressed ever since their first 1GB iteration, and now that the boffins at OCZ have managed to cram a ludicrous 32GB into such a tiny form-factor, we're smitten.

A drive that's capacious enough to store hi-def video, vast MMO clients and your entire music collection would usually be as sluggish as a tranquillised sloth, but somehow the Rally rips along at a lightning pace. Copying a 1GB directory of mixed file sizes took a mere one minute and 29 seconds.

Best of all, if you often find yourself ferrying large files around, £85 isn't a great deal of cash to drop on something that slips into any pocket and won't leave you hanging around during file transfers.

Equally if you need to use it on a more permanent basis to bump up the storage of your Eee or equivalent, this is small and slim enough that you can simply pop it in the wallet alongside the machine. Extremely impressive.