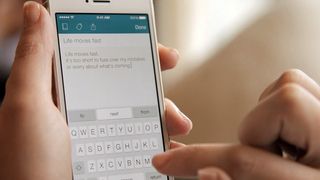 Touchscreens are pretty prevalent in today's world of technology, meaning that the demand on the non-renewable materials used to make them is getting substantial.

One ingredient in particular - an element called indium - is extremely rare in the Earth's crust, found mostly in zinc mines. Despite almost a decade of research, we've found no replacement for its unique properties, meaning that prices of the pure metal today can reach $900 a kilogram.

But there might be light on the horizon. A selection of promising technologies could offer an alternative to digging up huge chunks of the ground to extract a teeny-tiny amount of indium.

Metal nanowires show high conductivity and good performance, but are mostly made of silver meaning that they cost about as much as indium does. Carbon nanotube-based designs are much cheaper, but their performance isn't dependable enough yet.

Graphene could be the answer. It's low-cost and we've built great touchscreens with it in the lab, but it's tricky to produce it in large quantities. Research is ongoing to improve that situation.

Organic conducting polymers are another possibility - they can be easily processed, and built on a large scale at a low cost, but their properties make them more useful for solar panels than touchscreens.

"The ultimate goal is to combine the most desirable characteristics to give a material with high conductivity and optical transparency that can be produced and processed at low cost," writes Wallace Wong from the University of Melbourne.

"Given the variety of new conducting electrodes under investigation, there is little doubt that an alternative to ITO will be found in the near future."