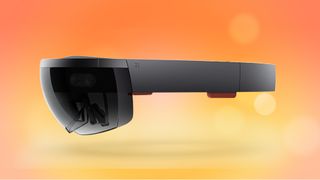 Each year brings more innovation than the last - such is the nature of technology - but that doesn't mean we can't look back at some of the more groundbreaking technologies that have paved the way for the future.

From new smartphones to new cars, there were a number of cutting-edge products in the past year worthy of praise. While there are plenty of great innovations I can't discuss for fear of writing a book instead of an article, these are five of the most important consumer tech innovations of 2015, ones that will have lasting effects on their categories and will influence innovation well into the New Year.

Virtual and augmented reality are on the way up - there's no denying that. But while Oculus is working to make gaming more immersive and Google is rethinking Glass, Microsoft came up with a product that looks truly spectacular - HoloLens.

HoloLens is one of the first headsets that doesn't require wire tethering to a computer or other device. While it instantly captured imaginations when it was first unveiled, many were skeptical about whether it could actually perform what Microsoft was suggesting it could. The "aha moment" for me, however, came when Microsoft first showed what it's like to play Minecraft on the HoloLens. It really seemed to take gaming to a new, interactive level, allowing users to experience the game within their real world, wherever they were.

The AR viewer, however, goes beyond gaming. Some, including our own Michelle Fitzsimmons and Duncan Bell, see the headset as the future of computing. Not only does HoloLens bring a computer to wherever the user wants one to be, it also creates an environment around the data, a feature that could end up being instrumental in the future of education, medicine and product development, to name a few.

While the HoloLens seems like it could pave the way for the future of computing, it does have a few issues that need to be resolved. It's still glitchy and has a fairly narrow field-of-view compared to what some were expecting. It also has some issues when it comes to fitting and staying snug on users heads. Despite these issues, it's certainly possible that Microsoft will resolve them before the consumer launch of the device. The HoloLens release is marked as "early 2016" - right when virtual reality headsets Oculus Rift, HTC Vive and PlayStation VR are slated for their own releases. Those headsets are unique in their own right, but HoloLens may prove to be the most innovative of them all.

I swear: any other year I probably wouldn't have featured the latest iPhone on this list. While every new iPhone carries its own hype, it's arguable whether more recent releases are really, truly groundbreaking. However, I contend the iPhone 6S is the most innovative iPhone since the original one of 2007. Why, you may ask? Because of 3D Touch.

For the iPhone 6S, Apple has imagined a totally new way for users to interact with their smartphones, allowing them to input a set of commands simply based on how hard they press on the display.

Just how important is this? Well, most major smartphone manufacturers are expected to have their own version of 3D Touch within the next year, with many of them likely to unveil it in phones at MWC 2016 in February.