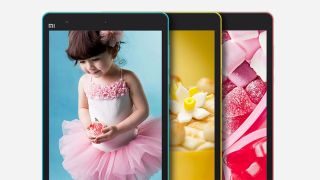 Familiar with the Mi Pad from Xiaomi? No, not an iPad - a Mi Pad. Well the General Court of the European Union just ruled that the names are too similar, and that Xiaomi can't use the Mi Pad name as a trademark in Europe.

This case actually goes back to 2014, when Xiaomi first tried to register the trademark in the EU. Apple didn't like the idea of that one bit, and so complained to the European Union Intellectual Property Office (EUIPO) that the names were too alike.

The public would be confused by these tablets with similar names, Apple said, and the EUIPO agreed. Xiaomi took its case to the General Court and now we have the latest verdict: definitely no Mi Pad trademark in Europe.

Xiaomi has one card left to play, which is an appeal to the EU's highest court, the Court of Justice of the European Union.

Whether the brand will want to go through another appeal after two defeats is another matter.

It's also not clear exactly how this will affect the branding of future Xiaomi tablets in Europe, irrespective of whether it has the trademark.

The signs are that Xiaomi is keen on a big EU push in the near future, after huge success at home in China, and to do that it's going to have to keep the legal complications to a minimum.