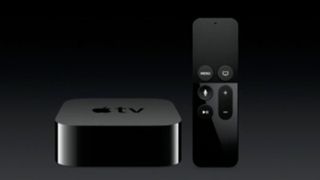 It's tempting to use the phrase "too little, too late" when describing the new Apple TV. And, maybe, if I was the only one to think so, it'd be easier to dismiss that sinking feeling of seeing something you've dreamed about for months fall short of your expectations. Instead, everywhere you look, there are opinions that echo my feelings exactly.

From T3's piece on the set-top box's shortcomings, to the BGR's "Apple TV can't compete with the iPhone" opinion feature, it seems like everyone has it out for the Cupertino company's latest piece of metal and plastic.

Look past the criticism and a pattern emerges. What everyone is saying is this: "The new Apple TV can do X, but product Y could that and more six months ago."

Nearly every aspect of the updated Apple TV has gone under the microscope and been compared to devices already out there, and in that analysis I've come to realize why I don't like Apple's new box: it's a Frankenstein's monster of features I'm already familiar with on other platforms. In essence, it's a monster - a doppelganger - that combines features we value - even love - from other platforms and puts an Apple logo on it. On some level, that both scares and enrages me.

Now, before I break down each feature see how Apple's new Frankenstein steaming system stacks up against and takes pages from its competitors, let it be said that there are very few people who have actually used the new streamer, and anyone who has can't claim to have used the final product, which will inevitably be fine-tuned via software updates up until the day it launches in late October. So consider everything you read - this opinion piece included - as pure speculation.

The biggest derision the Apple TV faces is that, at the end of the day, it's still a set-top box unable to stream in 4K, access live TV or work with Android devices. The features it does have, like the ability to play games at 1080p, search multiple video sources and pull up information about actors when they're on screen, are all achievable to the same extent - and sometimes, to a greater one - on Android TV.

New Apple TV vs Android TV: We've seen this before

If you haven't read it yet, techradar put up a smart analysis of the new Apple TV's competition, the Roku 3 and Amazon Fire TV. But as inclusive as we tried to be, we left out one key competitor: Android TV. (You immediately let us know that we messed up, with some of the first comments on the article variations of "yeah, but what about Android TV?").

Looking at it objectively, the Nvidia Shield will probably be the better game player due to the fact that it comes with a controller and has access to the Nvidia Grid game-streaming service and the Google Play Store. What does the new Apple TV have going for it? A Wii-esque motion controller and Crossy Road, a game that's come out on every other platform already. There are more games coming to the Apple TV, obviously, but unless Apple has a game-streaming service waiting in the wings, it'll have a tough time going up against the Shield on that front.

What about in terms of entertainment? Not everyone is looking for their set-top box to be their third, fourth or fifth game console in the house. As an entertainment device the new Apple TV is definitely iterative, but it's not innovative. The features that make it special, a voice assistant and universal search functionality, have been available on other platforms for ages, including the Android TV platform and both Amazon streaming devices.

And whereas the Apple TV can only play nice with iOS devices, any device running Android TV comes with built-in Google Cast, which supports both iOS and Android apps. Heck, even the $35/£25 Chromecast is more egalitarian than the new Apple TV.

Add to that the fact that the Shield can handle 4K signal and you begin to feel like the new Apple TV has shown up with a knife to the proverbial gunfight (a knife it borrowed, at that).

Fear and loathing in Cupertino

I've come to respect the innovations has Apple made over the years, and it's because of this history that I find this horrifying lack of originality frightening. I'm not saying everything the company has ever made deserves to win an award, but the new Apple TV feels like it's the most uninspired product the company has released in years.

Now, that might change by the time Apple's rumored TV streaming service rolls around in 2016, but in its current form, the new Apple TV feels behind the times, like something that should've been made a year ago, but was put on the backburner to make room for the Apple Watch. And because it's so far behind the curve, takes so liberally from the competition and lacks the innovation the company was known for a decade ago, it feels appropriate to call it the Frankenstein's monster of set-top boxes.