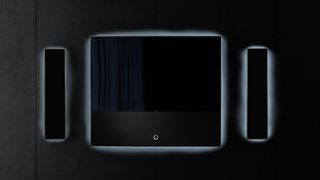 With rumours bubbling over the last year regarding the part Loewe might be playing in the rumoured Apple TV, we caught up with Loewe's UK MD to discuss where the company stood on the speculation right now.

"There are a lot of rumours around," said managing director James McConnell in an interview with TechRadar, before telling us: "We are looking for a partner".

Could said partner be Apple? McConnell wouldn't confirm or deny, though he did add: "There's a lot of similarities between what we do and what Apple do."

Loewe, which is about to roll out its new flagship TV range, the Reference ID, has been long-rumoured to be partnering up for the Apple iTV, though the German company has previously denied the claims.

Referring to Apple fully entering the television market, McConnell went on: "It's very difficult to enter the TV space and it's not like a computer model; there you have the same model that works in every single country in the world. You have to change the TV per country. It's not the Apple model."

On the partnership it's currently eyeing, Loewe's head of product marketing Martin Steib also told us: "This is one of the most urgent issues currently taking place"