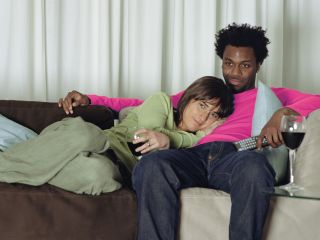 Up to nine million Freeview TV viewers will be denied high-def programmes if plans to sell off the old analogue TV spectrum go ahead - or so says an industry pressure group that's hoping to prevent the sale.

The HDforAll pressure group - which includes broadcasters, TV makers and others - has made the claim after it carried out a survey of Freeview viewers, according to Home Cinema Choice .

The government - through telecoms regulator Ofcom - plans to sell off the analogue TV spectrum once digital TV switchover is complete in 2012. It hopes to raise billions by auctioning it off to mobile phone operators who want to push mobile TV and other services to their subscribers.

HDforAll says that 4,920 people have signed a petition on 10 Downing Street's website calling for high def programming via Freeview. However that's a very small number considering the number that could be affected by the change. This suggests that either Freeview viewers are too apathetic to protest against the sell-off; or that they'd rather watch low-def TV on their mobiles instead.