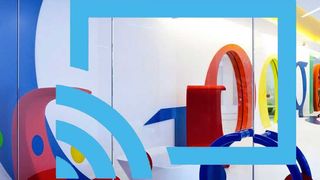 Android TV - casting its eye over your shows

Google is set to unveil a set top box at its IO conference, building on the success of its Chromecast dongle.

According to the Wall Street Journal, the search giant is ready to make a fresh new assault on the connected TV world, with a more traditional set-top box.

The set-top box is expected to be small factor - think more Roku or Now TV than a TiVo or Sky box - and will obviously lean heavily on the Android TV infrastructure that has been built for Chromecast.

However, the WSJ's sources suggests that the box will not use Google's brand but carry another name.

Google's Chromecast has made an impact in an increasingly crowded connected TV world.

As well as a host of Smart TVs and a big shift from the traditional TV platforms to integrate connectivity into their set top boxes, the likes of Apple TV and Amazon's Fire TV are also vying for our attention.

It remains to be seen if a set top box solution is the answer for Google, but Android TV is clearly a growing concern for the company.