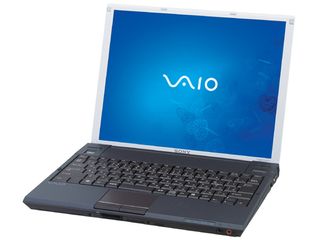 Sony's Vaio Type G is now available with flash memory instead of a hard drive.

Sony Japan today announced no fewer than 10 new Vaio computers, including a mix of desktops and laptops, with the jewel in the crown being a Type G laptop that weighs just 859g and features a 32GB flash-memory hard drive.

Aside from the weight reduction induced by using a flash drive in the new iteration, the Vaio G line-up is light on the scales thanks to retaining the carbon fibre shell it has had since its debut in late 2006 .

Otherwise, the slim superstar has a maximum battery life of 12.5 hours (assuming a flash drive and long-life battery are in place), a 1024 x 768-pixel XGA screen, Windows Vista Business and a choice of memory and CPU.