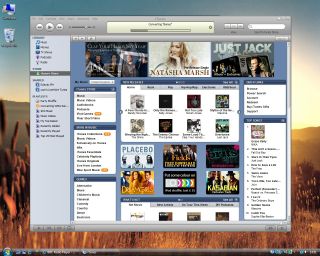 An expert in digital music distribution has claimed that Apple is to launch a subscription-based service for iTunes in the coming months. Like an all-you-can-eat buffet, such a uch a provision would enable customers to download everything they want in return for a monthly fee, rather than paying by track or album.

Les Ottolenghi, CEO of distributor INTENT MediaWorks , told CNNMoney.com that he has had several recent meetings with Apple and believes the company will launch a subscription service within the next six months.

"I think Apple is seriously considering a subscription offering right now even though they will probably tell you otherwise," he said.

Such a move would certainly be bold. And not without risk - nobody else has really found it works. Previous attempts have been moderately successful at best. Napster or Real 's Rhapsody? Not exactly resounding triumphs.

However, what Apple would guarantee with a subscription model is some element of assured income from iTunes and, much like the subscription for a rarely-attended gym, there are bound to be those sucked in who end up paying even though they only download a few tracks.

Ottolenghi argues that just because subscription services haven't been a resounding success so far, that doesn't mean consumers don't want to pay - it's mostly because Apple has never done it. He also argues that such a move would win over some illegal downloaders who favour the convenience.

Apple recently announced ' Complete my album ' for iTunes. It scans the individual tracks you've bought and then lists the albums that are available to 'complete' and how much it will cost to do. So you don't need to pay twice just because you have already bought something.