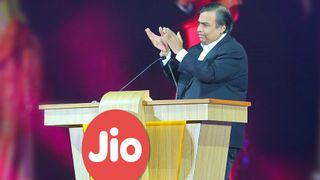 Indian telecom operator Reliance Jio is in talks with Xiaomi to bring the Xiaomi Smart TVs in India along with the JioFiber bundle. In addition to the fiber internet bundle, the two companies are also in talks to sell Xiaomi’s smart TVs and smartphones via Reliance Digital and other Jio retail stores as well.

The partnership between Reliance Jio and Xiaomi will reportedly begin with Xiaomi selling point-of-sales devices to Reliance Jio retail outlets. To this end, Xiaomi and Reliance Jio’s senior executives have met several times over the last few weeks, according to a report published in ET.

Xiaomi to expand its portfolio in India soon

A few weeks ago, a regulatory filing was spotted in which Xiaomi had revealed plans to expand its product portfolio in the Indian market. Additionally, Xiaomi co-founder, Wang Chuan, who also leads the company’s Mi TV product line, visited India last year to take stock of the average Indian consumer’s TV viewing habits.

Joining the dots, it would seem like Xiaomi could be gearing up to bring its smart TVs to the country. Additionally, Reliance Jio has also been testing its JioFiber internet service in some localities in the country. The telco has been testing its fiber internet service for a few months now, and launching the service along with Xiaomi’s relatively affordable smart TVs could provide both the companies the perfect opportunity to launch their respective products/services.

Some sources also suggest that Reliance Jio and Xiaomi are looking to launch exclusive smartphones, which could prove to be another challenge for the incumbent telecom operators in the country. Reliance Jio’s ongoing onslaught of customer-friendly data plans and offers has already made life difficult for the leading telcos in the country, and a partnership with Xiaomi to bring exclusive smartphones could prove to be yet another challenge for these operators.