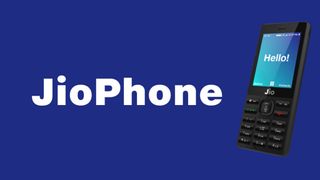 According to the Counterpoint report, Reliance Jio is the new leader in the feature phone segment in India with a share of 27 percent. Samsung comes in at a distant number two with 17 percent market share. The third, fourth and fifth spots are occupied by Micromax, itel and HMD Global’s Nokia brand respectively.

“JioPhone brought in huge volumes in the quarter, due to which it was able to surpass Samsung, which typically leads this segment. The device saw traction as feature phone users moved to the JioPhone and could use the similar form factor device to consume data as against the voice only earlier.”

The massive gains that Reliance Jio has managed to make in the Indian telecom sector and the feature phone markets hints at a new shift towards data-enabled devices. The gains that the telecom operator has made should come as little surprise - the JioPhone is almost cost-free (after factoring in the Rs. 1500 refund after three years) and Reliance Jio’s Rs. 153 plan offers customers with 1GB data per day, unlimited voice calls and access to Jio apps.

The future ahead for the Indian feature phone market

The increase in feature phone shipments comes even as Reliance Jio is facing supply constraints with the JioPhone rollout. Reliance Jio’s Strategy Head, Anshuman Thakur, was quoted in the report as saying, "There were certain supply constraints that we faced, which have been overcome. Now, you will see more of such phones."

With the JioPhone kinks having been worked out and the feature phone buyers showing a lot of interest in phones like the JioPhone, Reliance Jio has reason to rejoice. There have been a few reports doing the rounds that Reliance Jio will announce more phones like the JioPhone, while some other reports have stated that we could see Jio use Android in its next affordable 4G phone. The statement from Jio’s Strategy Head does confirm some of the aspects revealed in reports.

While the incumbent operators have been trying to counter the JioPhone with partnerships with phone makers, it will be interesting to see how they counter the upcoming phones from Reliance Jio. However, it is certain that the market will only get more competitive from here on out which will be a win-win situation for customers.

Read our comparison between the Reliance JioPhone and Airtel Karbonn A40 Indian.