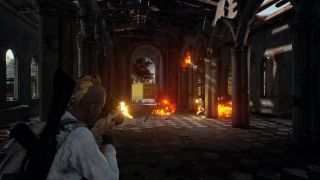 The newfangled battle royale game—PlayerUnknown’s Battlegrounds—for mobile is set to receive a new battle mode in 0.7.0 update. Popularly known as PUBG mobile, the game ignited a rage as soon as the makers brought it from PC to mobile, is reportedly getting loaded with new features.

The war mode is a team death-match where two or more opposing teams are spawned in an enclosed area of the map. You can either go duo or as a squad of four. Unlike the existing modes, players will be handed a random weapon as you parachute down. Players have unlimited re-spawns, once they and will be dropped to the same area to battle it out. You win by filling up the total number of kills required, which often at times can be 200. You rack up points as you kill players.

It isn’t actually the purest form of battle royal where survival is equivalent to fighting skills, instead, it is much more conventional. The ‘War’ mode is said to be accessible on a particular day. There’s still a doubt about the likeness of the new mode as it’s a polarising feature. Some may enjoy being able to re-spawn once killed, others might stick to battle royale format that lets you live only once. If course, classic mode is still around, so gamers not happy with war mode aren’t losing anything.

Other than the war mode, the new update will bring some UI changes, the new SLR Sniper Rifle and a portable closet. The portable closet can store clothes and players can instantly change them during combat. Moreover, there are reports that the update will also bring new grips and new scopes—3X and 6X. Lastly, there are some rumours about the new Sanhok map, but we doubt that we’ll see it anytime soon.

PUBG Mobile servers faced some downtime on July 23rd for maintenance, although the dev team clarified on its Discord server that this has nothing relating to 0.7.0 update. It said, “This is a regular server maintenance, which doesn’t mean that the update is coming with the maintenance. Please be aware. Thank you.”