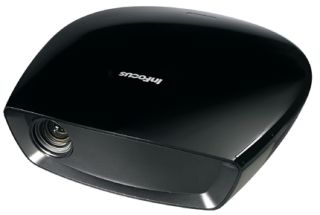 Low-cost Full HD projectors are few and far between, so the announcement of one for under £1,500 comes as a pleasant surprise.

The projector in question is InFocus' new X10. The DLP utilises Texas Instruments' BrilliantColor and DarkChip1 technology and has a contrast ratio of 2,500:1, which can be upped to 7,500:1 via the projector's iris.

InFocus has added HDMI v1.3 connectivity – there's two ports – to the projector, while the company is claiming that the projector is bright enough film-standard D65k colour accuracy in any home theatre.

The 1080p projector comes with a number of setup options, including several aids for setting up the projector, including ISF Day And Night presets and an InFocus Colour Gamut Calibrator, so you can amend settings to your pleasing.