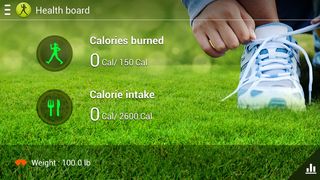 With WWDC 2014 set for June and Apple roundly expected to unveil iOS 8 and its Healthbook app, it seems as though Samsung wants to beat Cupertino to the punch.

Invites have gone out requesting that journalists come to hear Samsung's side of the "new conversation around health" on May 28.

The invitation was sent to Engadget by Samsung's semiconductor division, so we don't expect to see any new products like a new Gear Fit or anything, but maybe we'll hear more about the company's vision for the future as far as new sensors and biometrics are concerned.

The timing is the most interesting thing about Samsung's event: Apple's iOS 8 is expected to land at WWDC 2014, with a health focus that could tie in with a potential iWatch.

Is Samsung getting pre-iWatch jitters?