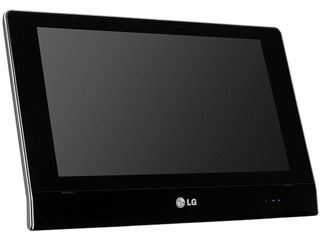 LG has taken off the wraps of its latest tablet device – the E-Note H1000B.

The E-Note H1000B runs Windows 7 and has a capacitive touchscreen.

Unfortunately the tablet seems run Windows 7 Starter Edition, which means it is limited in what it can do.

And it doesn't have a camera either.

There is no word of a UK release for the E-Note H1000B, currently the device is only being shown off in Korea for the around £530.

If the above specs haven't set your world alight, then don't worry as LG is rumoured to be bringing out an Android tablet in the very near future.

The tablet plans had been put on hold as the company didn't think Android 2.2 was up to much when used on tablets.

Which is pretty funny considering it is using Windows 7 Starter Edition for its Korean tablet.