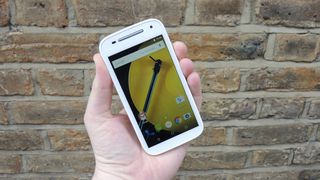 Reports yesterday suggested that the Moto G and Moto E phones would both be phased out as the Motorola brand is further absorbed by Lenovo. However, Motorola says this isn't the case.

A Lenovo executive said as much in an interview a few days ago, and now Motorola has confirmed that the Moto G and Moto E will not be retired.

Motorola told The Verge: "Although we are simplifying the combined Motorola and [Lenovo] portfolio, we have no plans to retire Moto G, our most successful smartphone, or Moto E."

E to the G

It isn't a big surprise – the Moto G and Moto E have been two of the most successful handsets for Motorola in recent years, and it would make sense to keep those lines running.

The confusion comes after a blog post by Motorola suggested that Lenovo's Vibe line would be the main focus of the budget end of the Motorola streamlined series.

That would mean handsets such as the Moto X Style and Moto X Play would make up the high-end selection of Motorola phones.

Motorola yesterday confirmed that all its handsets in 2016 will feature a fingerprint scanner, which is something the company previously said wasn't going to happen.

If we do see a new Moto G and Moto E this year, the inclusion of a fingerprint scanner will make those phones some of the cheapest so far to include the technology.