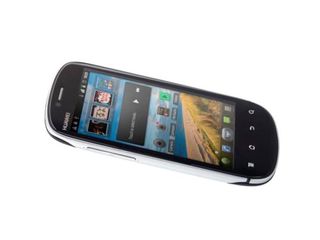 We want to visit the company's RnD just so we can use the headline 'Huawei: The Labs'

Huawei has launched its latest Android smartphone, with the Huawei Vision boasting a "3D" user interface and an aluminium alloy uni-body available in rose gold, silver or charcoal.

The Chinese electronics giant is hoping that its Android Gingerbread 2.3 handset, featuring the now-familiar 1GHz Snapdragon processor from Qualcomm, will prove a hit.

"With its sleek design and powerful functionality, Huawei Vision is the perfect combination of technology and style," suggests Huawei's release.

Other details include 720p video recording, a 5MP camera with LED flash and Bluetooth 2.1.

There is, as you would expect, WiFi support, and a novel user interface, which Huawei is labeling as 3D, although its obviously not real 3D.

"We are very excited to present Huawei Vision, the smartphone which strikes the perfect balance between technology and style," said Victor Xu, chief marketing officer of Huawei Device.

"The unique 3D user interface heralds a new era in Huawei's leadership, as we continue to create devices that enhance the user experience through stylish design and smart functionality."

The phone will be released to 'selected markets' next month, which should give us a UK release date of September, with a UK price yet to be confirmed.