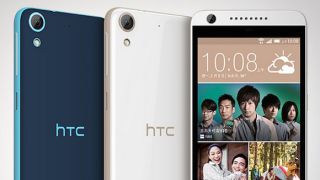 When rumors of the HTC Desire 626 began popping up in January, most sources speculated that it might be revealed during MWC 2015.

Turns out HTC had a different plan, though, as the Taiwanese company today made the Desire 626 official, reports Desire 626.

Just as the original reports said, the HTC Desire 626 is a true middle-of-the-road handset, like HTC's equivalent to the iPhone 5C.

In fact, the phone's back bears no small resemblance to the iPhone 6's clean, minimal look, while the front's dual speaker grills - while not exactly similar to the BoomSound apertures found on other HTC devices - make it look somewhat like HTC's flagship HTC One line.

There's apparently also a Mediatek octacore version that will be sold only in China.