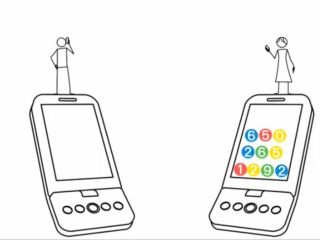 Google has announced that it has released Google Voice for the iPhone as a web app that can be accessed through the phone's web browser.

This appears to be Google's way of getting the application on the iPhone without the approval of Apple.

Jobs' Lot has delayed the approval of Google Voice as a native app for the handset since July, when Google claimed Apple had rejected the app. Apple insisted that it was under review and has since not made a decision with Google claiming not to have received any updates.

Things escalated to the point where the US Federal Communications Commission asked for more information on the affair from both parties.

Since the summer, Google has been stomping around Apple's turf with the release of the Nexus One smartphone, which could be the reason Eric Schmidt left the Apple board earlier last year.

Although Google Voice is already available via mobile web browsers for a number of handsets, the company describes this brand new version, which it calls a "web app," as more interactive then previous iterations.

It has been designed for the iPhone 3.0 and higher, and will also work on the Palm webOS platform.

Google Voice will let users listen to voicemails from the browser and use the interactive onscreen keypad to make calls.

More importantly, users can forward calls from a single number to multiple phones and make cheap long-distance and international calls.