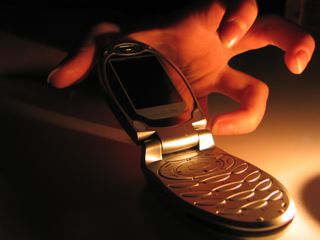 Stop thief! You're more likely to have you mobile stolen at the pub than at a club

Glasgow is the most likely place in the UK to get your mobile phone stolen, that's according to CPP research released this week. The survey quizzed 3,500 people in major cities around the country and found that Glasgow, at night, during April and August, has the worst mobile phone theft rate of all the cities polled.

Belfast was the second highest city for mobile theft, with 29 per cent of respondents saying they'd been robbed of their phones. But the poll also showed that the Irish are more than twice as likely to report the theft as the Glaswegians.

The most likely venue to have your mobile stolen is the pub, according to CPP - with 22 per cent saying they'd had their mobile stolen while enjoying a drink. After that, it's nightclubs (15 per cent) and then work (10 per cent).

John Walkley, head of mobile phone security at CPP Phonesafe, said: "It's alarming how common mobile theft is becoming. A recent study from the Metropolitan Police revealed as many as 10,000 mobile phones are stolen every month.

"Two thirds of people in the UK fail to insure their mobile phone, despite the fact that the average handset would cost more than £200 to replace and airtime abuse can run into several hundreds of pounds."

To help keep your mobile safe, CCP has issued a number of handy tips...