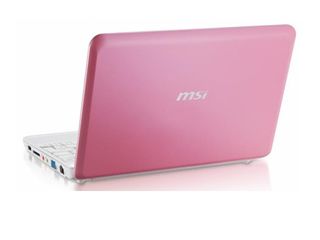 MSI's latest version of its popular Wind netbook, the U123, has been announced this week, featuring a faster processor than the first-gen models along with an in-built 3G radio and television tuner.

While we are big fans of the latest slimline Wind U120 - which shares the same slightly faster and more efficient N280 1.66GHz Atom processor as the new U123 - the addition of the 3G telly and radio tuner is a real Brucie bonus.

Dongles are soon to be well out of fashion for working on the go, with in-built 3G connectivity surely soon to be standard on most new netbooks.

Turning the Wind into a proper portable telly with no need for any further external tuners really is a stroke of genius.

Stay tuned for more on UK pricing and release as and when we get it.