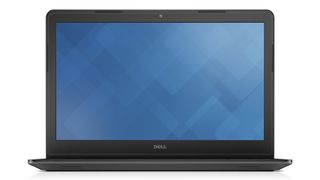 It seems hard to believe that laptops were once such an expensive item, they were only used in business and by the wealthiest folks. But now, both bricks-and-mortar and online stores are packed with laptops at every price point, from as low as £200 (around $300, or AU$440).

Even the cheapest laptop you can find will be suitable for the most basic usage. They'll be fine for tasks like word processing, spreadsheets, web browsing and social media. There's still a trade-off though – if you go with a cheap Chromebook for example, it'll be running the more restrictive Chrome OS rather than Microsoft Windows, which might take a while to get used to.

And if you want to run something slightly demanding that requires a bit more computing horsepower, such as playing high-definition video, the low-end, most affordable Windows laptops may struggle due to a lack of raw performance.

At the opposite end of the pricing scale, a laptop with a four-figure price tag will have plenty of extras to offer. You could choose a notebook with a graphics card that can run even the most demanding 3D games, or a laptop with an impossibly thin, lightweight chassis. If you're willing to pay for more advanced features, you can opt for high-resolution IPS displays, lashings of fast solid-state storage and enough processing power for demanding tasks such as video editing.

Why buy a mid-range laptop?

You can get the best of both worlds. Between these two extremes, a laptop that costs around £500 (about $770, or AU$1100) will be absolutely suitable for general use, adding more demanding tasks to the list of applications it can easily handle, including HD video playback, gaming with older or less demanding titles, and photo editing.

It's no surprise then that mid-range laptops are now one of the most popular choices for a family computer. The machine you choose should be well designed on both the inside and outside, with enough performance to run Windows really well, a strong chassis and a comfortable keyboard and trackpad. For around £500 you should expect a 15-inch screen, a hard disk that offers at least 500GB of storage, integrated graphics, and either 4GB or 8GB of memory.

Wireless connectivity is universally included on all laptops, and you usually get a webcam and Bluetooth support as well. And don't forget, any laptop you buy right now will be eligible for a free upgrade to Windows 10.

We've scoured the internet and looked at various online retailers for eight suggested laptops that fit into this price bracket.

Offers a good balance of performance and affordability

Dell's long-running popularity as the computer brand of choice in the workplace makes the firm a reliable option as a laptop brand for home use as well. The Latitude range comes in a number of configurations but the E3550 particularly stands out as a great balance of performance and value for money.

Using a 2GHz Intel 5th-generation Core i3 processor that supports HyperThreading, it's suitable for a range of uses, from office work to Netflix streaming, and there's enough memory and storage for general Windows use.

A sharp looking machine with plenty of storage

Available in sharp grey or bright red, the Core i5 version of the Lenovo G70 represents excellent bang for your buck. With 8GB of memory and a 2.2GHz dual-core processor, it jumps to a Turbo Mode clock speed of 2.7 GHz when under load.

It'll have no problems running light design tools such as Photoshop, and with a 1TB hard disk, there's enough storage to install plenty of programs, media and other files.

An impressive all-rounder with a great screen

Although white consumer electronics might not be to everyone's taste, there's no denying that laptops like Toshiba's Satellite L50 stand out with a refreshingly striking appearance. A good bright screen helps too, with Toshiba's TruBrite anti-glare technology.

Along with the usual dual-core processor and 8GB of memory, having a 1TB SSHD rather than a normal hard disk means faster performance in certain situations, and with over seven hours of battery life too, this makes a great all-rounder for many kinds of uses.

A mid-range notebook with oodles of memory and storage

Although a powerful desktop gaming computer is more likely to have an Intel chip, an AMD processor works well in a mid-range laptop such as the HP Pavilion 15 due to being such good value for money.

For everyday tasks, you won't be able to spot the difference, and HP has ploughed the savings into a better overall specification. You get a whopping 2TB hard disk, a bigger capacity than is usually offered on a laptop of this price, and large enough to stuff full of music and videos. Similarly 12GB of memory is more than you normally find on a £500 laptop.

Fujitsu's Lifebook A555 may come with a slightly smaller hard disk and less memory than some of the other laptops here, but it offers fast 802.11ac wireless speeds via a built-in Intel Wireless-AC 7265 adaptor, which you don't get on all laptops.

As long as your router supports the faster wireless standard, you'll get better download speeds and faster web browsing.

Most of the laptops we've covered use Intel's integrated HD graphics, which will work fine with older games, but will struggle with more modern titles. Asus has managed to squeeze a discrete GeForce 820 card into its X555LD laptop though, which will slightly improve its gaming capabilities.

With a Core i7 processor that runs at 3.1GHz in Turbo Mode, as well as the usual 8GB of memory and 1TB hard disk, the X555LD offers quite impressive performance for the money.

A good all-rounder with stylish looks

In this variant you get a dual-core Core i5-5200U processor, 8GB of memory and a 1TB hard disk, which gives the Aspire a specification that's capable of any general task it's assigned.

If you're tempted by a laptop with a larger screen and higher resolution than our other suggestions, HP's Pavilion 17 could be a good choice. It has a 17-inch display, along with a Core i3 processor, 8GB of memory, Nvidia GeForce 940M mobile graphics card and 2TB of storage.

And interestingly enough, it fits within the same £500 price bracket as other mid-range laptops, making this notebook a real winner in terms of value for money.