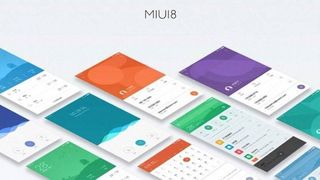 Xiaomi unveiled MIUI 8 on June 30 in an event in New Delhi and had promised a release date of August 16.

While Xiaomi could not meet that release date, the Global Stable ROM of the MIUI 8 has started rolling out to devices starting today, i.e August 23.

Which devices are eligible?

The announcement was made on the MIUI forum last week where the company also listed all eligible devices for the upgrade, namely the Mi Max, Mi 5,Mi 4i, Mi 4, Mi 3, Mi 2, Redmi Note 3, Redmi Note 2, Redmi Note Prime. Redmi Note, Redmi 2 prime, Redmi 2 and the Redmi 1s. Out of these hoever, only the redmi 1S, Mi2, Mi 2S, Mi 4i and Redmi Note 4G will get the update on August 23. The rest of the devices will receive the update in the 'near future'.

Users who are running the stable version of MIUI 7.5 will directly receive a notification on their device when the OTA update is available. Additionally, users can also manually check for updates using the updater app.

MIUI8 features a revamped design language with an emphasis on bold colours and interactive animations.

Inspired by the kaleidoscope, MIUI8 features a revamped design language with an emphasis on bold colours and interactive animations.Some examples of the same can be seen in the weather notification which changes color according to the temperature as well as the Wi-Fi toggle which changes its appearance once connected to a Wi-Fi network.

Dual Apps allows a user to run two instances of any application on their smartphones. This allows for signing into an application with two different accounts, removing the inconvenience of having to repeatedly log on and off. For example, one can have two WhatsApp or two Facebook accounts running on their smartphone at the same time.

Second Space, much like the Coolpad Max's 'Dual in One' concept, allows users to have two smartphone instances on the same device. Using a different lock screen password/fingerprint, one can set up two entirely different homescreens, with different apps, separate user data and also independent photo storage.

Scrolling screenshots introduces the ability to take multi-screen screenshots which allow for sharing long articles in just one image.

Another nifty new feature is called 'Quick ball', which makes accessing commonly used actions such as going back, taking a screenshot and going to the home screen easier by allowing users to access them easily with their thumb. These actions can be customised and are also available from the lockscreen.

MUIUI 8 also brings with it extensive changes to the Photo Gallery, introducing quick sharing controls, the ability to doodle on photos as well as a native video editor.

It also will be among the first operating systems to support T9 Hindi search on the dealer.

Xioami has also partnered with MobiKwik to improve it's SMS recharge service. Once a user receives a message from their telecom or DTH informing them of low balance, MIUI 8 will provide an automatic option of 'Recharge Now' underneath the message.

Along with the above, Xiaomi is also giving new users 50% cash back on their first MobiKwik recharge and a 10% cash back for existing users for one recharge every month.