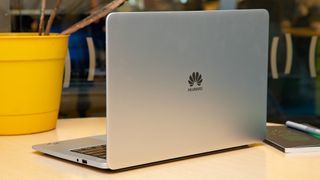 You may recall that Huawei laptops were removed from Microsoft’s online store in May, following the US government’s blacklisting of the Chinese manufacturer’s devices, but these notebooks have now reappeared on the Microsoft Store.

However, this isn’t a positive development for Huawei, and will only be a temporary situation. As The Verge reports, Microsoft has been mulling over the Trump administration’s ban on Huawei devices, and has decided that it’s okay to sell-off existing stock; but only that.

Microsoft said in a statement: “We have been evaluating, and will continue to respond to, the many business, technical and regulatory complexities stemming from the recent addition of Huawei to the U.S. Department of Commerce’s Export Administration Regulations Entity List.

“As a result, we are resuming the sale of existing inventory of Huawei devices at Microsoft Store.”

Three Huawei notebooks are now listed on the US Microsoft Store, with the Huawei MateBook 13, MateBook D and MateBook X Pro all being available to purchase (although the latter is out-of-stock with the Core i5 model at the time of writing).

Beyond that, though, new Huawei notebooks will not be offered to the general public in the US. Once these models are gone, that’s your lot.

Tempted to buy one of these laptops? You wouldn’t be alone. The MateBook 13 is number two on our best laptops list, and in our review, we found the Huawei MateBook D delivered strong performance levels for an impressive asking price.

But if you are seriously considering pulling the trigger on one of these Huawei machines, you may have to consider another potential major caveat – it still isn’t clear if Microsoft will support these devices going forward in terms of Windows updates.

Back in May, when we questioned Microsoft on the topic of whether it would block Windows 10 updates for Huawei notebooks due to Trump’s new policy, the company simply replied that it had nothing to share. And it’s rather worrying that Microsoft wouldn’t commit either way as to whether updates would be prevented from landing on Huawei hardware.

Obviously if that does turn out to be the case, then these devices are going to be left woefully short on the security front, because they won’t receive patches against the latest vulnerabilities and whatnot (or feature updates for that matter).

Remember, though, that it isn’t confirmed that Microsoft will prevent updates from reaching Huawei machines – nothing is confirmed either way – so we’ll just have to hope that common sense prevails in this case.

It would certainly be ironic to put Huawei on the ban list due to national security concerns, and then block updates for a load of laptops that have been previously sold across the US before this controversy erupted, causing, er, security concerns…

When Huawei laptops were sold before the ‘entity list’ came into play, Microsoft had no knowledge of what was coming. However, with this remaining stock being sold off, it’s fully aware of the situation with these devices, and if the firm is selling them without any idea of whether it will be able support them for customers down the line – well, that would be unthinkable, surely?

Certainly prolific Microsoft leaker WalkingCat believes so, and reckons that Microsoft will continue to provide updates, according to an inside source – or at least it ‘looks like’ this will be the case, as he tweeted.

also it looks like Microsoft will continue to provide software updates / patches for HUAWEI devices https://t.co/WUx1ZyUvoYJune 18, 2019

We can but hope this is on the money, then, but at any rate, it seems to us that Microsoft should really have clarified this support issue before these machines went back up on its online store.