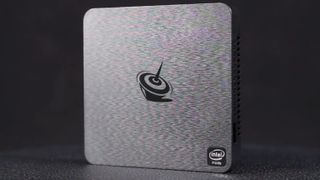 With Windows 10 now well established as the world's most popular desktop operating system, getting your own PC up to speed has never been easier and one of the best deals we've seen on a low-cost PC is back in stock.

If you're looking for a low-cost way to enjoy all the top Microsoft tools and services, a new deal from popular Chinese retailer Gearbest, could be the answer unless you want to wait till Black Friday 2019.

There have been cheaper PC deals in the past, but these usually come with a significant downside; they are either a second hand machine, or suffer from insufficient memory and onboard capacity (with 2GB of RAM and 32GB storage often the norm).

The T4 is the most affordable Windows 10 PC we’ve found to date. It has an old but still capable Intel Atom X5-Z8500 quad-core CPU, 4GB of DDR3L RAM and 64GB of eMMC onboard storage.

It has good connectivity as well with a bevy of ports; you get a Gigabit Ethernet port (a good surprise at this price), 802.11n, Bluetooth 4.0, a HDMI port, a card reader, three USB ports and a headphone jack.

The device is absolutely tiny, hardly bigger than a couple of stacked CD cases and you even have a bracket to mount it at the back of a monitor or TV.

It is passively cooled which means no annoying fan noise when watching a TV. You won’t be able to upgrade it (say by swapping the SSD) though as everything inside is integrated.