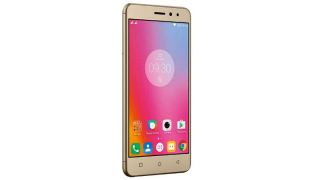 Lenovo today launched the K6 Power in India. The price of the 3GB RAM+32GB storage version is Rs 9,999. The 4G smartphone will be available exclusively in India via Flipkart in an open sale starting 12pm IST on December 6. The 3GB RAM/32GB storage model devices will be available in Silver, Gold, and Dark Grey colour variants.

Lenovo K6 Power is a dual-SIM (Nano-SIM) phone and runs on Android 6.0 Marshmallow with the company's own Vibe Pure UI skin on top. The company launched K6 Note, K6 and the K6 Power at the IFA 2016, however, only the Power version is coming to India now. The highlight of the smartphone is its large 4000mAh battery, Dolby Atmos audio for earphones and stereo speakers, TheaterMax media-consumption service, and the fingerprint sensor.

Lenovo has also introduced a power saver app for the Lenovo K6 Power which offers a power-saving mode that extends battery life by reducing app and data usage. The phone also has a reverse charge option, allowing the smartphone to be used as a power bank.