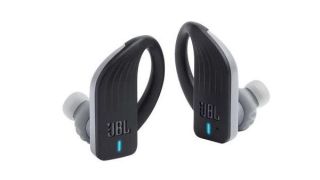 JBL has announced the Endurance PEAK and Endurance RUNBT wireless sports headphones in India. The two new headphones join the existing JBL Endurance lineup- RUN, SPRINT, JUMP and DIVE, all of which have been available in India since September 2018.

JBL claims that the Endurance PEAK can last for 4 hours on continuous music playback and 24 hours worth of power is stored in the charging case which comes in handy.

JBL also announced the extension of the partnership with Olympic medalist shuttler P. V. Sindhu as its brand ambassador until 2020. She has been endorsing the company's range of sporting earphones in India since last year.

Both the devices would be available at JBL India store and retail stores from Friday, 28th June. The Endurance Peak headphones are priced at Rs 12,599, while the RUNBT is priced significantly lower, at Rs 3,199.