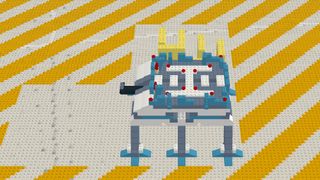 If you build it, they will come...

Google and Lego have aligned to make pretty much everyone's day by launching a web app that lets Chrome browser users to take a break and do some casual construction work.

Minecraft it may not be, but the officially licensed Build with Chrome app is pretty much everything you'd want from a web-based Lego set. You can even save and share your structures with your circles.

The WebGL app was first build in 2012 in Australia as an experiment, but is only just being made public, probably due to the pretty tremendous looking Lego movie coming out next month.

Naturally, Build with Chrome, is, er... built to work with Chrome, but it seems to be quite happy to operate in Firefox and Internet Explorer too.