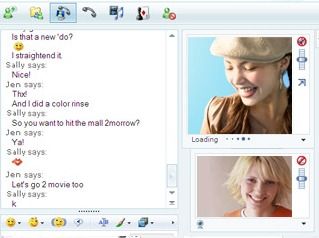 The bing hasn't bonged for IM

Microsoft has insisted that Nielsen figures on the decline of Instant Messaging "no more signal the end of IM than they do the end of email".

Many mainstream papers carried a report from Nielsen Online that pointed to a steep decline in the use of IM in the past year – with the considerable loss of a billion minutes to 2.9 billion per annum.

However, speaking to TechRadar.com a Microsoft spokesperson insisted that the figures are not the death knell for Windows Live Messenger.

“Windows Live Messenger is a hugely popular service across a broad demographic of consumers, which has a long established and loyal user base," said the spokesperson.

“The emergence of social networking services has been an incredibly popular phenomenon, which has evolved how people spend time online.

“It is normal people will experiment with new services when they become available and usage patterns across services will change as people introduce new services into their online portfolio and behaviour.

“The figures released by Nielsen today are simply a reflection of the changing online ecology and no more signal the end of IM than they do the end of email.”

Although Microsoft is typically bullish in the wake of the figures, the company will be troubled by the news, as Live Messenger is the dominant Instant Messaging program in the UK.

With the likes of Facebook and GMail introducing browser-based instant chat, and other social networks adding live chat facilities the impact on standalone IM seems inevitable.

However, the service remains massively popular and the decline is unlikely to be terminal.