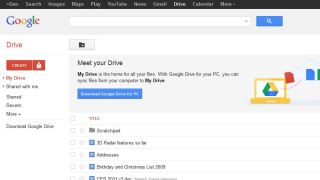 The new home for Buzz data

Google's failed social networking project, Google Buzz, is to be shut down - properly this time.

In an email to previous Buzz users, Google has reportedly said that all Buzz data will be moved onto Google drive "on or after July 17th, 2013".

A pair of archives will appear in all users' Drives: one private, which contains all Buzz data, and one public, which will show data that was previously made public, and is accessible to anyone with the link.

Google assured users that this archived data will not count towards their Google Drive storage allowance.

Out with the old…

The Buzz project was one of Google's first attempts to challenge the social networking behemoths Facebook and Twitter.

But after initial success – 9 million posts were made within 3 days of launch – Buzz was canned in December 2011.