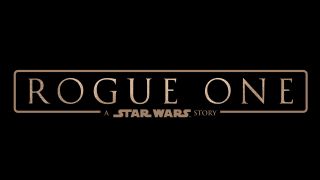 Fewer Bothans died to bring us these plans

Update: A new Rogue One: A Star Wars Story Celebration Trailer made its debut at Europe's Star Wars celebration this morning. It shows a bit more of the main characters, Jyn Erso, Captain Cassian Andor and Chirrut. We also know that Darth Vader will play a role in the film thanks to another brief teaser shown off at the convention.

Spoilers: Beware that some minor spoilers for Rogue One are present below. If you want to go into the movie completely blind then proceed at your own risk.

Star Wars: Rogue One is the next movie to hit our screens from a long time ago and a galaxy far, far away. Its full title is actually Rogue One: A Star Wars Story, but that's so lame it makes Tiny Tim look like a varsity athlete.

It's the first live action movie to depart from the traditional episodic nature of the rest of the Star Wars movies, and an almost complete departure from the fan-favourite characters the rest of the films follow.

What's interesting about these Star Wars 'anthology' movies is that they will be standalone counterpoints between the episodic releases of the main story, and won't really be set around the Jedi or the struggle between the light and dark sides of the Force – or, if it is, that will take a backseat to totally new characters and struggles.

Rogue One in particular is being talked about in shades of grey, with a darker, grittier tone than we might have seen from any Star Wars property before.

Rogue One is also going to be set out of chronological order, potentially confusing a whole bunch of folk expecting to see the sequel to The Force Awakens, and will pre-date the very first Star Wars movie, A New Hope.

The first trailer for the film dropped on Thursday, April 7, and showed Rebel leader Mon Mothma (the woman who planned the attack on the Death Star) giving orders to a new character, Jyn Erso, who we now know will be the hero of Rogue One.

More recently, LucasFilm has released a "Celebration Trailer" for Europe's Star Wars Day to give fans a behind-the-scenes look at the upcoming film.

The most important news is exactly when we can expect to see the new movie: it's going to be around one year after The Force Awakens premiered, and will be in cinemas on December 16, 2016.

Filming is apparently "virtually completed" according to Disney CEO Bob Iger, who added that he and his colleagues "absolutely love what we've seen so far".

However, there have also been reports that the script was still being reworked as shooting was going on, with Christopher McQuarrie (The Usual Suspects) being brought in as an uncredited 'script doctor' to finish things up.

Helming the project is Monsters and Godzilla director, Gareth Edwards. In terms of the actors we're looking at more of an ensemble piece than with the episodic movies. The main cast is made up of Felicity Jones, Riz Ahmed, Diego Luma, Mads Mikkelsen, Donnie Yen, Forest Whitaker, Wen Jiang, Alan Tudyk and Ben Mendelsohn.

Thanks to a 10-page leak (which Disney later retracted) from the Official Visual Story Guide of the movie that was discovered by jedi-bibliothek.de we now have a lot more information on Rogue One's main group of resistance fighters.

Slashfilm has since been requested to remove the images, but we managed to pull our information from them before they disappeared. Disney has warned that the images were not final, and so the information contained within them may be subject to change. Nevertheless, here's what we learned.

Felicity Jones' will be playing lead character and soldier Jyn Erso and Diego Luna will be Captain Cassian Andor, an officer in the Rebel Alliance. Jiang Wen and Riz Ahmed will be playing Baze the freelance assassin and Bodhi the rebel soldier respectively, and Donnie Yen will be seen in the movie as the 'spiritual warrior' Chirrut.

Two current unknowns are the characters Pao and Bistan, who are both alien warriors who we currently don't have any casting information on. We do now know that fan-favorite Alan Tudyk (who you might remember as Wash from Firefly and Steve the Pirate from Dodgeball) will be playing an Enforcer Droid who *possible mild spoiler* defects from the Empire to join the Rebels.

The preview also gives us information on one of the film's villains, and predictably it's another military leader from the Empire in the vein of General Hux from Episode VII. Ben Mendelsohn will play Director Krennic, and he's the bad guy in charge of defending the Death Star plans from the rebels.

If one of the pages from the preview is to be believed, Rogue One might also see the return of one of the franchise's most iconic villains...

Here's where things start to get trickier than a Twi'lek playing Holochess. All we know for sure so far is that the events of Star Wars: Rogue One occur sometime in between the Star Wars: Rebels cartoon show and A New Hope, and feature a rogue band of resistance fighters formed together by the Rebellion to steal the plans of the very first Death Star.

It's the story which the first movie glossed over, only showing us the end of the trail where the full technical readout of the station is in the hands of Princess Leia and then hidden in a certain devious R2 unit.

The lead character, Jyn Erso, appears to be everything the Rebellion wants to be – fearless, strong, willing to do whatever it takes to win – but has no qualms breaking the law to do it. We know she's as skilled with a blaster as Han Solo and good with a polearm, to boot. Jyn will have a partner in crime, someone who'll help her infiltrate the Empire elite, and score the battle plans that the Rebel alliance use in A New Hope to destroy the Death Star.

But, by the looks of it, she won't be able to slip in and out undetected. There are new enemies here, and maybe some old ones, too...

Inevitably there's a fair few rumours flying around about what exactly is going to be going on in Rogue One, but the one which makes the most sense surrounds who the main characters might be.

There's a chance that Mads Mikkelson is playing an Oppenheimer-like scientist who was partially responsible for the creation of the Death Star, or at least fixing crucial flaws in its design, and is now having a bit of a crisis of confidence. From the name you'd probably guess that maybe the hyper-powerful planet-destroying space station you'd helped create wasn't going to become a force for galactic good.

Anyways, Mads (potentially named Galen in the movie) defects from the Empire and enlists his daughter to help protect the galaxy from the danger he has engineered. That daughter could well be the Felicity Jones character.

That sounds like a plausible rumour and has been reported from various sources.

From what we've heard about the movie it sounds like it will focus more on the ground war of the conflict with the Empire than the X-Wing vs. TIE fighter stuff we've seen before. Rumours state that this means we'll also get to see Darth Vader plying his nefarious trade on the battlefield, with some offering it as really the first time we'll actually see the terrible power and violence of Vader, wrought on rebel troops.

This would tally with the report from Eunice Olumide, about a sequence with tanks and Stormtroopers.

And with IMDB listing a character as a 'religious warrior' we may even see Vader taking out some of his frustration on some Jedi that aren't as good at hiding as Mr. Kenobi…

Another rumour, which spawned from a LEGO event at the Nuremberg Toy Fair of all places, has an image which looks like a version of the Slave One set in a bubble tagged with the Rogue One name.

Could everyone's favourite bounty hunter, Boba Fett, be making an appearance in Rogue One? It wouldn't surprise us to see some crossover with key characters from the episodic movies kept in to remind people that this is still a Star Wars movie.

With Vader and Boba Fett potentially appearing, who else might make a cameo?

So far we've seen one full trailer, one teaser trailer and one celebration trailer for Rogue One: A Star Wars Story. They're listed here for your convenience.

There was a brief teaser shown at the Star Wars Celebration, with director Gareth Edwards also taking to the stage to explain that "I couldn't sit in a cinema and know that someone else made this film."

Though any online copies of that teaser have long since been removed.

Rogue One: A Star Wars Story is set for general release on December 16, 2016.