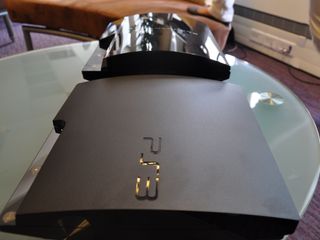 TechRadar's latest poll on the addition to the Playstation family – the PS3 slim – suggests that Sony's cheaper, smaller next-gen console may not bring about the sales that the company hopes.

With more than 3,000 votes cast, almost a third of people suggested they would not be upgrading from their current PS3 – answering the question 'would you buy a PS3 Slim?', with a vote for 'No, I already have a PS3'.

As you may expect, 18 per cent stating that they would stick with their Xbox, six per cent were happy with their Wii and the always loyal PC crowd suggested that mouse and keys was where it's at with 15 per cent of the vote.

That left six per cent stating that they absolutely would be buying a PS3 Slim, and a further 12 per cent suggesting that a further price drop might be necessary before they fork out for the latest console.

The TechRadar team got hold of a PS3 Slim this week, and opinion in the office is very much split on whether the PS3 Slim makes the (up)grade.

Resident games guru Adam Hartley suggested that he would be running out to the shops to buy one at launch, but others were not so strident in their views.

Over on Home Cinema Choice, AV expert Steve May explored the unit as a media player, expressing reservations but summing up that "there's little doubt that the PS3 Slim is destined to re-energise Sony's PlayStation brand. It's priced right, looks great and performs well."

TechRadar's own in-depth review of the PS3 Slim is in the pipeline, so keep an eye out as to whether our experts recommend that you stick with what you have, or look to Slim things down.