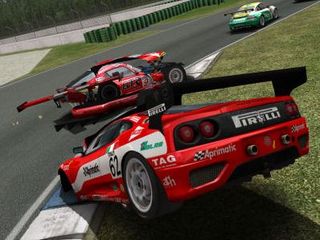 Mmmmm, we love the smell of burning (virtual) rubber!

Forget 3D gaming, as it seems that smells triggered by in-game events are set to be the next big thing, if a new cutting-edge research programme at Birmingham Uni is anything to go by.

The new in-game smell tech research is headed up by Professor Bob Stone – and releases different odours triggered by certain events within PC games based on the Half Life and Far Cry SDKs.

The smells come from tubs of paraffin wax that are laced with a variety of aromas such as whiffs resembling the cordite residue of gunfire through to the burnt rubber on a racetrack.

A fan blows the smell into the gamer's nose when triggered, using a specially designed 'smell delivery system' (SDS)!

"Smell is the most underrated sense, but next to vision is the most information-rich one we have," Stone told Soldier Magazine.

Stone's three-year research project in Birmingham is being part-funded by none other than the Ministry of Defence.

"The smell is activated when the virtual soldier walks past something like a market or a tiny side street, and the computer triggers the scent," said PhD student and former Royal Navy sailor Mark Blyth.

"What we are trying to discover is if smell enhances a person's perception."

"Sometimes people have a sense that something is wrong, but we have to find out how they know that. Is it smell? Is it someone running through the marketplace? Is it the silence? If smell is one of the main factors then there is a lot of scope for this to be used to help train soldiers' noses."

See more on smell-o-gaming and an in-depth interview with researchers Blyth and Stone over at Soldier Magazine's smashing new online portal.