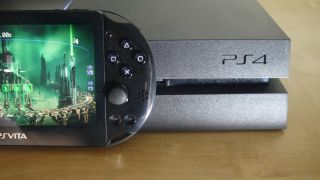 Remote Play is neat, but what about when we leave the house?

Over the past few months, the PS Vita has edged slightly away from the AAA titles and put focus on becoming a home for indie titles and PS One ports, but Sony still sees a future of blockbuster titles.

In response to a comment on the PlayStation Blog, Don Mesa, director of product planning and platform software innovation, said, "The economics simply don't work with the traditional process. We have to do something to get AAA games on Vita,"

"We accomplished it to a certain degree by making PS4 games work on Vita via remote play. PS Now will be another way."

Nothing concrete then, but it's good to see that Sony still has faith in the handheld's AAA potential (it's a pretty high-powered little machine, after all).

But it'll probably need to widen the install base before bigger developers get more serious about the portable.