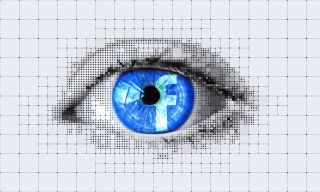 Facebook has patented some disturbing-sounding ideas over the years.

Earlier this week, for instance, a newly-discovered Facebook patent revealed how an AI could predict major events in its users’ lives—like the birth of a child or death of a parent—to better target ads.

The company’s latest patent, discovered by Metro UK, takes the cake for creepiest proprietary idea, unveiling blueprints for using inaudible TV signals to trigger your phone’s mic, which would then secretly record your reaction to TV content and send it directly to Facebook.

In this theoretical system, Facebook would lease out its hidden signal to companies to place in their TV commercials. Facebook would then analyze the recordings and inform companies whether TV viewers engaged with their ads.

In another example, Facebook said it could examine how many people watching content online skipped adverts using an ad blocker.

In a statement to Engadget, Facebook VP Allen Lo said that this technology “has not been included in any of our products, and never will be”. This appears to be the same boilerplate language Facebook used to insist it wouldn’t use its patented plan to predict when we’ll die.

In this case, Lo continued by saying that the patent was made “to prevent aggression from other companies” that could “commercialize” that technology themselves.

How much can we trust tech companies?

During his April testimony to Congress concerning the Cambridge Analytica scandal, Facebook CEO Mark Zuckerberg insisted that the idea that Facebook secretly taps into your microphones for targeted ads is a “conspiracy theory”. This patent won’t do anything to put that theory to rest.

Keep in mind that Facebook isn’t the only tech giant to patent tech plans to violate privacy while keeping users in the dark.

We’ve previously covered how Amazon and Google patented ways to secretly record your lives to build up advertising profiles on you.

As far as we know, none of these companies have acted on these patents. Still, considering their ability to implement using morse-code signals and other impossible-to-detect tricks, we unfortunately have to rely on trust that they won’t.